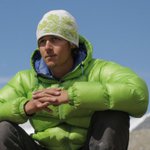 Born in the city of Grenoble area in 1988, in a large family, I grew up in the french Alps between the departments of Isère and Savoie. Since I was very young I practiced mountain hiking with my father, and, at the age of 5, I climbed -with difficulty- the Obiou summit and the Grande Casse pass in the french Alps. Nevertheless, this beginning passion has been put aside by long seasons of snowboard competitions.

Next to my high mountain activity, I am also an osteopath (Osteopath D.O). I completed my training in the CEESO School in Lyon.  I have opened my office near Grenoble after the completion of my guide training, and now I practice those two professions.

My second passion is traveling, and, since the age of 18, I travel extensively in Asia, most of the time by bicycle. Such that way, I discovered Ladakh (India) twice, Mongolia (also twice), Kyrgyzstan and  Siberia. I have also travelled in Vietnam, Cambodia, Thaïland, China, Indonesia and in several countries in Africa and America. In 2013 I organized a bike & ski touring expedition to climb on Mongolian 4000m summits. This expedition was awarded by the city of Fontaine (Expedition price) in 2015:

Certified as a mountain guide since August 2018, I share with desire and passion conquer of the alpine peaks, before guiding you in the discovery of the world.